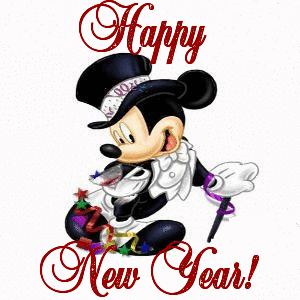 Happy New Year! Yesterday Disney announced their new promotion for 2012: One More Disney Day. This being a leap year, we have one extra day on our calendar, and Disney knows just what you want to do with that 24 hours. Between now and March 10, Disney Parks Guests have three different options to claim that day.

You could WIN a trip for four to either Disneyland Resort or Walt Disney World Resort. Disney is giving away one trip every day for 60 days, from January 1 through Leap Day, February 29. Enter daily for your chance!

If you book a three day/three night stay at select Disneyland or Walt Disney World Resorts by January 31, 2012, to travel between February 26 and March 10, 2012, you’ll receive an extra night’s stay and ticket package free! Contact 3D Travel for details.

And the coolest offer yet—On Leap Day, February 29, 2012, for the first time ever, Guests will be able to visit Disneyland Park or Walt Disney World’s Magic Kingdom from 6 a.m. that morning through 6 a.m. on March 1. That’s right, 24 straight hours of Disney magic!

What will you do with your extra day this year?

Today’s Takeaway:
What in the world is a leap year anyway? Leap years are needed to keep our calendar in alignment with the earth’s revolutions around the sun. Basically, if we go by a strict 365-day calendar, we lose approximately six hours every year. After 100 years on such time scale, we would be 24 days ahead of our seasons! To keep things consistent, a leap year in the Gregorian calendar includes an extra day at the end of February, increasing the year to 366 days. The extra day, February 29, is the 60th day of a leap year in the Gregorian calendar.

Learn more about leap year here and here, and check out some fun ways a certain leaping creature can illustrate and enhance your leap year studies.

• Make a leap frog coin bank by recycling an empty nut or other food canister and printable template.  (Math/finance)
• Purchase tadpoles from your local pet store (or collect some from a nearby stream or pond) and set up an aquarium home for them. Have children observe as they grow from tadpole to frog. (Science)
• Play an English parts-of-speech drill. As the teacher reads a story, possibly one about a frog, have students yell “ribbit” every time a certain part of speech is heard. (Language Arts)